We often use them interchangeably, but that only serves to obscure the subtle … but important … differences in meaning.

An old fashioned Swiss watch is complicated, but it’s not complex.  You can understand the mechanisms and describe exactly how it operates with exact precision.

In contrast, human physiology is the ultimate example of a system that’s complex. What makes it so? 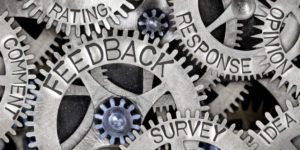 What happens in one part of the system has an effect on the rest of the system, like the watch. But unlike the watch, it‘s also acted upon from outside, which changes its state. For example, you go out in the cold and your body starts shivering to generate heat in response to the challenge.

That makes a complex system far more unpredictable and fragile, as it’s at the mercy of myriad internal and external forces. In the case of the body, maybe tens of thousands or more. And somehow we adapt to each. It’s a miracle we’re alive.

Do our systems, and indeed our lives and businesses, seem more unpredictable and fragile than, say, a year ago?

No doubt about it. Well, that’s because we were thrown a huge external curveball in the form of this virus, and its effect has rippled through our lives.

So, how do you make the best possible decisions in a complex, unpredictable environment?

How do you handle a world that’s gone beyond just complicated and manageable to indecipherably complex?

How do you operate effectively in uncharted territory, where everything seems a lot more nonlinear … where there are a wealth of competing ideas and directions and no obviously right answers?

For someone like me who likes to cross all the Ts, dot all the i’s and come up with the correct solution, it’s crazy making!

Well, you start with the basics of good decision making … defining the problem to be solved or issue to be decided and then figuring out what you think you know to be true about it.

Then … figure out what additional input you need and from whom.

Then … think through various possible strategies and outcomes and do your best to determine what the likely best course and most likely outcome of your actions are given the conditions currently obtaining in your world.

Nothing groundbreaking so far. I get that.

As we go deeper, realize it’s a complex world. Relax and understand there may not be a clear path. We’re feeling our way in the dark.

The key is to implement a robust, iterative process.

Think of this as being like a scientific hypothesis that can be tested against actual reality as it unfolds.

If it unfolds as you expected … as long as the data that come in serve to confirm your expectations, at least on balance … then chalk up one for your analysis and stay the course.

If the reality is at odds with your expectations, be flexible, nimble, decisive … and change both your presumptions and your course of action.

Rinse and repeat as new information comes in.

I’ve oversimplified the method, but this is how high-level military strategists and business executives plan, using something called Bayes’ Theorem. It allows you to continuously refine your predictions until you’re ultimately proven correct by events or your theory simply gets blown out of the water.

This continuous analysis and updating of your prediction keeps you responding to what is pretty much in real time … and that’s all you can do in the quickly changing, complex and unpredictable  game of three dimensional chess that is business these days.

To make this work, you have to wrap your head around living with uncertainty and adapt, adapt, adapt … and keep adapting until you squeeze all the uncertainty out of the equation and get the result you want … or fail to get it.

In the end, to revisit our analogy, the body that‘s the healthiest is the one that responds most efficiently and competently to the changes it experience in its environment.

The business that’s the healthiest does the same.