What? What will you do? Fill in the blank.

Okay, may I be blunt?

There are some things that shouldn’t be in that space … things that tell me you’re just asking for trouble. And yet, a large percentage of the population might very well say these very things. 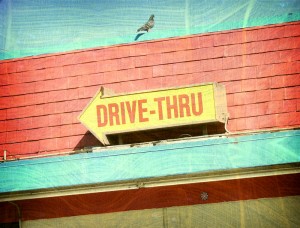 Start exercising … make more and healthier meals at home … take some time for myself to just relax or pray or meditate or garden … get outside in nature … have more fun with friends … sleep.

And you know when you’ll magically have the time to do these things? Somewhere around the first of never.

Some people will follow-through. I get that. Sometimes, you’re just under the gun and something has to give for a short time. I’m not talking about that. I’m talking about those longstanding promises we make to ourselves that we never seem to honor.

Because we “don’t have the time.” Oh please. Phooey on that!

Most people are busy. How is it that some of the busiest people in the world find time to sleep and eat well and pray and play and still get stuff accomplished?

Because it really isn’t about having the time. Sure, to some extent it is. There’s no denying there are only 24 hours in a day and they haven’t come out with a Ronco Day Extender just yet. But not enough time? Nope. That excuse won’t fly.

Is there anyone out there who thinks their health isn’t important? Probably not, but because we aren’t likely to die tomorrow if we don’t get a full eight hours tonight or we grab dinner at the drive thru, we allow ourselves to put off doing what we know we should do.

And then, like a thief in the night, the problems slip up on us, and ironically, we’re forced to devote a whole lot of time, money, and attention to our health whether we like it or not. Pay me now or pay me a lot more later.

My message is simple.

Take care of your health, your magnificent, miraculous body, your well being. Make it priority number 1 … today. No excuses!

When you do that, you’ll find you can actually buy more time in the day, because you feel better. You’re more energetic and upbeat. You’re more creative and productive. And you don’t lose time to illness or just being tired and out of it.

Do it today and tomorrow and next week and next month, and pretty soon, it’ll become routine and habitual … part of who you are, rather than an afterthought.

You’ve heard it before, so why am I telling you this now?

Well, lately I’ve worked with several clients experiencing health issues. Some are garden-variety concerns such as having trouble taking off the pounds they put on over the holidays. But others are facing serious life-altering issues, some requiring hospitalization.

Everything in their life and business has changed … maybe forever … and all because they didn’t put their health first. And now, oh how they wish they could rewind the clock … but they can’t.

I don’t want you to ever have to deal with serious health issues and live with the regret that comes with thinking … If I’d only known, I’d have made better choices.

And I think about my dad as he comes to the end of his days, how he didn’t have to become an insulin-dependent diabetic … and how maybe he could have prevented the cancer had he just taken better care of himself.

There’s no mystery about what to do.

Eat well, drink plenty of water, exercise/move/stretch, take time away from work and stress, do fun, fulfilling things, breathe, sleep, dream. And do these things regularly, routinely, daily if possible. Without fail, like it matters more than anything else.  Kinda like your life depends on it.