You know, the great thing about advertisers, especially TV advertisers, is they never run the same commercial over and over again. What they put out is always fresh, new, and original.

No. They run the same *#@$ spot so relentlessly it gets to the point you can recite the script line by line.

It seems crazy. We got the message already!

Clearly, these ad guys and gals are pretty darn savvy when it comes to marketing. So, why do they do it?

Clearly, these ad guys and gals are pretty darn savvy when it comes to marketing. So, why do they do it?

Because maybe “we” … as in a high enough percentage of the viewing public … don’t get it until we’ve been bombarded with the same message over and over again. 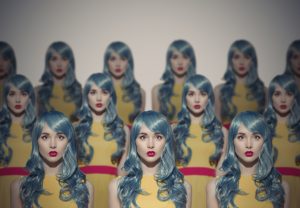 Regardless of the reasoning behind the barrage, my guess is the advertising folks know some things we don’t.

And what comes across to us as something just short of abusive … “If you show this commercial again, I’ll never buy another thing from you!” … must actually work very nicely in terms of establishing brand recognition, brand loyalty, and communicating basic knowledge of what the product or service offers folks.

No need to get too complicated.

Stuff simply doesn’t sink in the first or second or twelveth time.

So, why do I bring this up?

Because people seem to feel any communications they put out there have to be fresh and original and not repeat what they’ve said before.

Now, I’ll agree with that to an extent, but only in a couple of ways.

You can’t become predictable, so that when people read or hear your stuff, they feel as if they know what’s coming … same old, same old.

And you’re better off articulating the same basic message in fresh ways whenever you can.

But there’s nothing wrong with repeating a theme or even hammering home an important message multiple times over a period of time.

But let me bring this message home to you in a personal way.

A magazine did a cover story on a client of mine.

A few months later, that same magazine was profiling a number of women who won an award and my cover story client was among the winners.

She was concerned readers would gloss over her profile, finding it redundant to her cover story.

She was trying to come up with new information, which, in my opinion, was less noteworthy than the information in her cover story.

I explained that not only was it okay if there was some repetition in the article, it was actually entirely beneficial.

People need repetition to remember you and what you do.

And, the fact is, it’s likely some readers would miss either the cover story or this profile due to vacation, not getting around to reading the issue, being sick, etc.

The way I think about it is the only person who knows everything about what you’ve done and what you do is you!

So when it comes to getting the word out to clients, potential clients, and the public at large, tell them what you want them to know without worrying about whether they’ve heard it before.

They probably haven’t. And, if they have, it’ll help them cement whatever it is you’re talking about into their brains … and that’s a very good thing.

Because cementing your worth … the value you bring … into their brains is what successful marketing is all about.