A strength taken to an extreme becomes a weakness.

You see examples everywhere. We’re all at risk.

The decisive person misses a critical detail by acting too fast, while the careful analyst is paralyzed by over-analysis and the inability to make a decision.

Someone who is good at handling details herself becomes a dreaded micromanager when asked to supervise others.

Someone who is easy going, able to go with the flow and roll with the punches gets taken advantage of by people who know he’s accommodating to a fault and won’t stick up for himself, because he hates confrontation.

What’s that have to do with us as service providers? 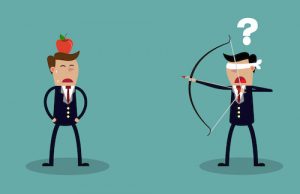 There’s nothing more important for a service professional than to possess a service mindset, the desire to serve the client as you yourself would want to be served. It’s a great strength.

But when is it not?

When it’s taken to an extreme. When you’re consistently going above and beyond … in terms of service for value received … what you, yourself, would reasonably expect of someone else.

AND … you’re not doing it because you think it’ll delight the client.

You’re doing it because you feel as if you have to … that you somehow haven’t served the client well enough or that you have to do more to prove your worth.

The strength of service-mindedness morphs imperceptibly into the weakness of self-sacrifice.

Going the extra mile, which we should all love doing because it makes us and our clients feel good and cements the relationship, becomes an act of mini-martyrdom instead.

I see it a lot, clients who act as though they should sacrifice everything for the good of their clients. And what are they giving up?   A full rate of compensation for hours actually worked … personal downtime and time with family and friends … a sense of control over their lives … maybe even their health if it goes too far.

You have to take care of yourself. That means taking vacations, not taking calls after hours unless it’s a true emergency, refusing to respond to false deadlines, setting boundaries around what is and isn’t okay for the client to ask of you.

If you don’t, they’ll burn you out, and you won’t be able to serve your clients well … if at all.

The client comes first … just not at the expense of your health and well being.